It is the last month of Memory Palace at the V&A and I ran a workshop at the Cheltenham Literature Festival yesterday as part of the promotion for it.

THE SORCERER'S APPRENTICE - a drawing game

round one - POTATOES OF POWER


On a blank card we drew a curve edged shape in pencil, then we swapped it with our neighbours. 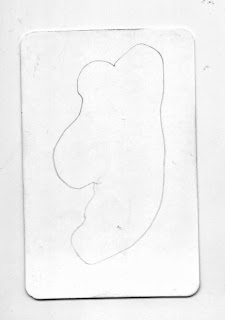 We added  contour lines in ink to make our shape into a lumpy potato. 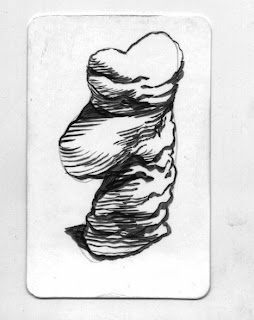 Then we added blemishes and roots to the potato and swapped it again. 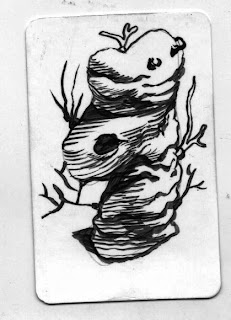 On the back of the card we wrote what would happen to you if you ate it.
After showing everybody all the different potatoes and their powers we placed the finished cards potato side up in the middle. 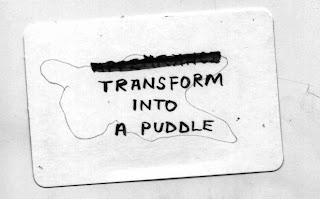 Next, on another blank card, we drew some of the brilliant logs they had for seats in the workshop space (drew the one below from memory this morning but you can see the cool logs in the photo).  We left the top and bottom of the logs unresolved. When that was done we swapped the card. 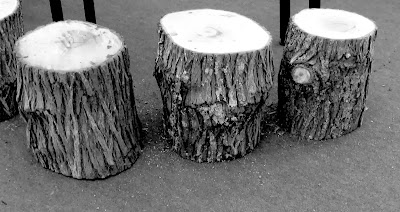 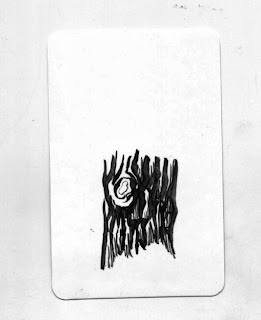 Now we added a mushroom top and base from our imaginations. 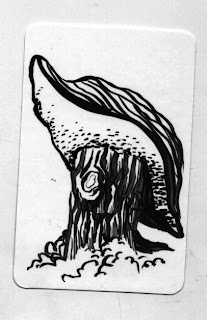 And wrote down who would be summoned if you burned them in the sorcerer's fire. 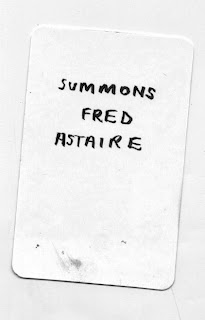 As before, after showing, all the cards were placed drawing upwards in the middle. 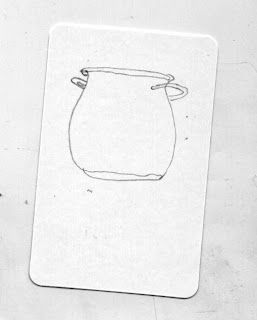 Then we added miscellaneous animal features in ink - our choice of any four. 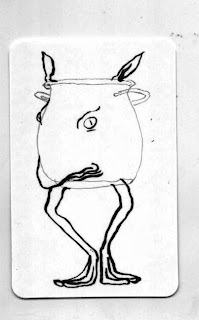 We then joined the features to the furniture with ink drawing. 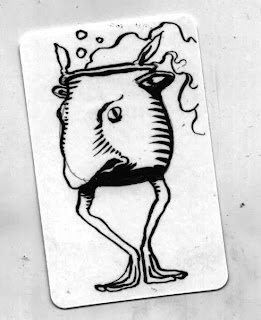 And wrote the word that would transform them to their normal state on the back. 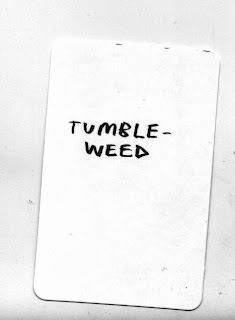 final round - THE SORCERER'S EXAMINATION

All the players split into two teams (could also do smaller teams or individuals so long as they don't guess their own cards) when I pointed to a card, the first one to call out the power, summoning subject or magic word, won the card for their team.
The team with the most cards at the end passed the exam.

Here is a set from the morning session where we did potato-authors, cowboy-consequences-American-states and animal-mash-up-pop-stars.

I think I can still remember them all... that freaky one in the top right corner is definitely Justin Bieber ^-^ 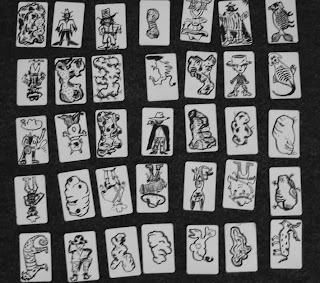 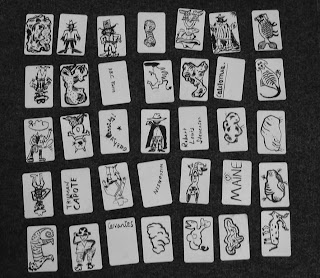