Freedom Above All is not Freedom for All

In the West, we pride ourselves on the freedom of our culture.  Few would deny the desirability of liberty, where the individual is free to pursue whatever course they see fit for whatever reasons they believe to be valid.  The great problem is that the desires of individuals may conflict with one another and in so doing the freedom of one may take away the freedom of another.  We all understand this very well.  The fundamental challenge of society is to achieve a balance.  You are free to do whatever you wish so long as it does not cause harm.  Inevitably this results in a system which is no longer entirely free.  The aspiration is rather to achieve an ideal state where all voices within are heard equally and no one, no matter how small or weak, is made to suffer unjustly through the actions of another.  At least, this is the aim.
There are two great hazards inherent in this problem that I believe we have fallen prey to.  The first is in how we choose to define what is within society and what is without, the second is in seeing freedom as the ultimate goal, rather than the balance of freedoms which a just society requires.   That is not to say that any group in human history has mastered the question but the scale and power of our current civilizations make the dangers of getting it wrong very great indeed.

The law is the tool we use to describe what is permitted and what is not permitted within our society.  It exists in two forms, the written form that is enforced by its official representatives,  and the unwritten form carried in the minds of citizens, which we might call conscience.  Each of us has a conception of what is permitted by law.  This differs from individual to individual and few but professional laws have any conception of the true extent of the law as it is written.  It is however the latter form, the conscience, that does more to prevent crime.  To a large extent people police themselves and rarely choose do harm without facing extreme pressures.  A problem arises with both forms of law when a distinction is made between what is inside the law and what is outside.   There is a famous argument in the Dred Scott vs Sandford case, that slavery was a legitimate practice in the United States of America despite the words of its constitution.  The supreme court majority opinion puts it thus:

'In the opinion of the court, the legislation and histories of the times, and the language used in the Declaration of Independence, show, that neither the class of persons who had been imported as slaves, nor their descendants, whether they had become free or not, were then acknowledged as a part of the people, nor intended to be included in the general words used in that memorable instrument.[...]
They had for more than a century before been regarded as beings of an inferior order, and altogether unfit to associate with the white race, either in social or political relations; and so far inferior, that they had no rights which the white man was bound to respect; and that the negro might justly and lawfully be reduced to slavery for his benefit. He was bought and sold, and treated as an ordinary article of merchandise and traffic, whenever a profit could be made by it. This opinion was at that time fixed and universal in the civilized portion of the white race.'

'We hold these truths to be self-evident: that all men are created equal; that they are endowed by their Creator with certain unalienable rights; that among them is life, liberty, and the pursuit of happiness; that to secure these rights, Governments are instituted, deriving their just powers from the consent of the governed.'

Is it possible that 'all men' could not mean all the human race?  It was argued that it did not.  It is possible that, at the time it was written, this was the case.  The distinction being, what constitutes a man?  Who exists inside the law and who exists without?

I make this point at length because I want to highlight the absurdity of this question in hindsight.   All slave owners were not inhuman monsters, certainly not in there own minds.  What they did was inhuman and monstrous but many must have gone to their graves earnestly believing themselves to have lived righteous lives because they had no conception of the monumental wrong they had perpetrated.  If that was true for people then, why should it not be just as true today?  Are there things that we do, individually and as societies which are also great crimes but of which we have no conception?

We currently have an international law.  It has not so far succeeded in overcoming our instinctive tendency to treat those 'outside' of our society as less than ourselves.  Let's take a hypothetical example:  Would our government use a drone to attack a suspected terrorist in Birmingham, even at the cost of scores of innocent lives?  Possibly it would!  Would the British people perceive it differently than the same action elsewhere?  Of course there is no need to use drones in Birmingham when one can simply drive there and arrest the suspect but does the lack of jurisdiction in another territory justify the action?  Surely the argument in favour would be to safeguard British lives.  And there you would have it.  British lives would be implicitly of greater value than other lives to the British state.  This is a very dangerous thing.  As I said at the outset, our Western society values freedom.  It claims to value the rule of law.  The law cannot and will not function as a balance when all voices are not heard equally within it.  The precedent of slavery clearly shows this.
Our current society has become accustomed to the material benefit accrued from illegal actions done extra-nationally.  We benefit from all kinds of practices that we would not tolerate in our own nation.  Our powerful individuals have the freedom to benefit from these practices because the law may not give equal voice to those outside its reach.   Just as the slave owners before them, how many of the people involved in these actions believe themselves to be criminal?  How many of us judge ourselves as criminal for buying goods we know to be harmful.  As the case of slavery shows, just because something is all-pervasive in a culture it does not make it any less of a crime.  In fact it makes it all the greater.

This brings us back to the question of freedom.  If a society seeks to prioritise freedom over the rule of law it will become greatly divided between the powerful and free and the powerless and weak.  Does that sound at all familiar?  This is the condition that has largely prevailed on this Earth for all beings for millions of years.  Currently we are in the unprecedented position of having creatures so powerful that they might threaten life itself.  We are also in the equally unprecedented position of having creatures who are aware of the harm they may be causing.
If those people who currently exist outside of our law were given a voice within it, can anyone doubt they would seek its protection?  How then should we treat the lives that may never speak their case?  If a powerful person seeks to abuse another person, the law may allow them to speak out in their defence.  What if they abuse an animal or a plant even?  Do these other forms of life have any right to the law's protection?  Does a British animal have equal rights with an animal from another country?  That question may sound absurd but it is far from from being so.

Was this a crime? 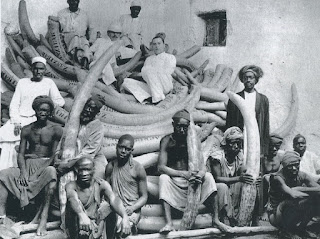 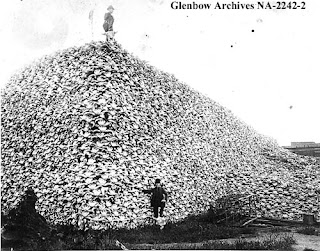 Certainly, the individuals concerned didn't think they had done anything wrong.  I could have used more modern images.  There are very many to choose from.  As with the case of slavery though, I want to use hindsight to show how practices once thought legitimate may come to be regarded as criminal.  If the object of law is to bring balance and to ensure that the weak are not subject to the tyranny of the powerful, should it not concern itself with those least able to come to their own defence?  I speak here of both forms of law, that which is written and that which we hold within ourselves.  It may seem far fetched to talk of rights for all living things.  But let's pause for a moment to consider what we have wrought on the world when human life takes precedence over all else.

These are not problems for fifty years from now, for a generation hence, for tomorrow.  These are problems today.  It is our duty to address them.  We do not question the narrative of freedom enough.  Throughout history the powerful have always been free.  They have been free to conquer, to enslave, to kill.  Freedom is a toxic and deadly thing without conscience or law to restrain it.  Neither one can act if they make any distinction whatsoever between what is within the law and what is without.