I am supposed to be doing my accounts so now seemed like the perfect time to start the blog I've been meaning to begin for the last six years.

There is plenty going on too:  Cheese Belongs to You is out and so is The Sleepwalkers (which I co-created with Viv... although she did all the actual work!) also Croc and Bird is out in paperback next month.

At home I am working on two projects: a part comic strip version of Jim's Lion by Russell Hoban and a sequence of images for the Memory Palace exhibition at the Victoria and Albert Museum in London.

I will post pictures of work in progress for both of those.  I promise they will be spoiler free!  I will also try and use the blog to show pictures from some of the unpublished work that I have made over the years.  There are so many things that I have drawn or written that never made it into a book but that I would still love to be able to show!

In the meantime here are some battle beasts that my students made during a week's workshop at the Visual Arts School in Reykjavik: 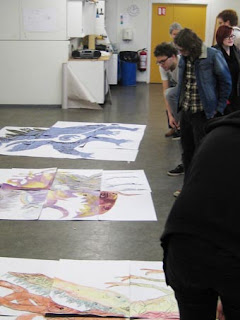 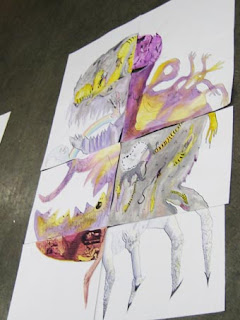 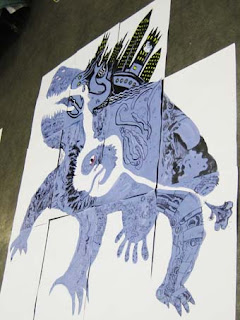