When I first got offered the chance to do Jim's Lion I knew that I was most interested in drawing the dreams that Jim had in hospital.  I thought that there would be space for five dreams in all but only two of them were directly described in the text; the others were either implied or obliquely referred to.  That meant if I wanted to include them I would have to generate a lot of the actual content of the dreams myself.
I talked a bit about this process in an earlier post but the first thing I did was to draw whatever popped into my head that included a boy, a lion, a hospital and a load of animals... 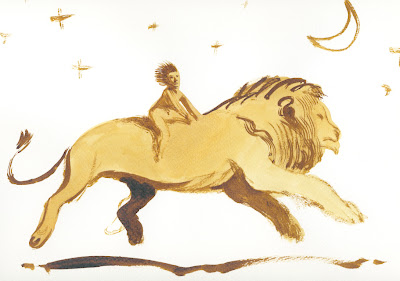 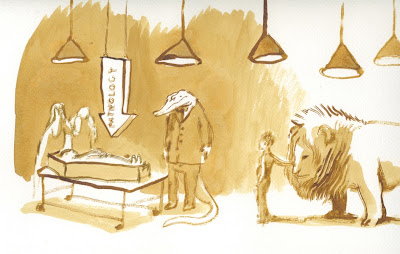 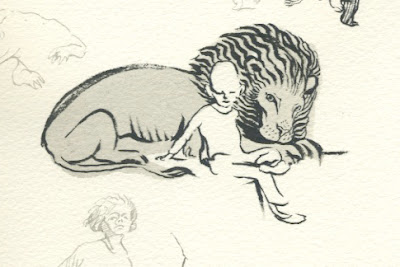 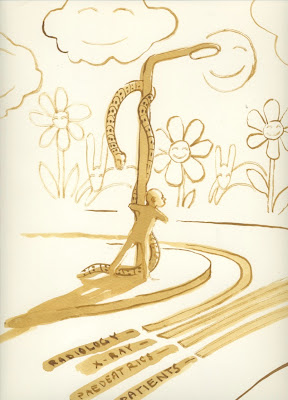 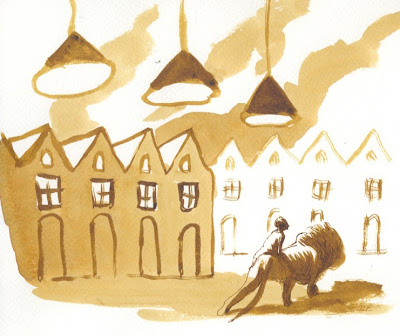 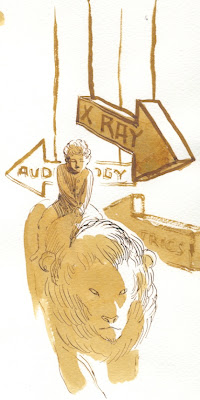 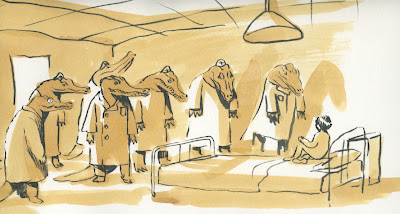 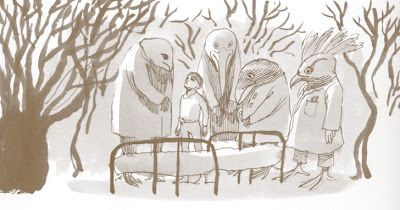 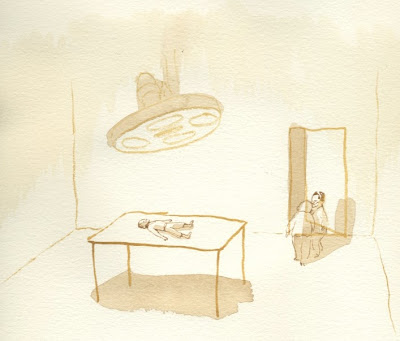 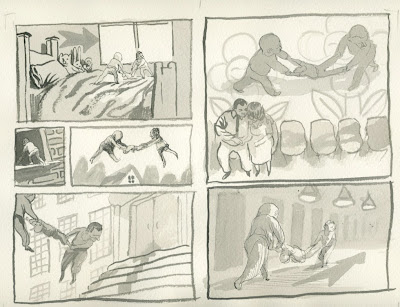 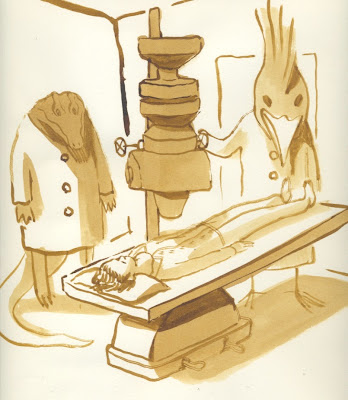 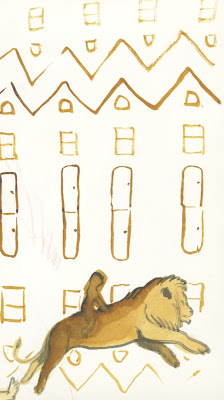 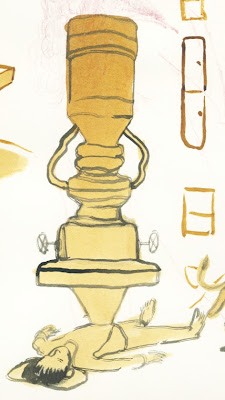